One month in with Android Wear

Or: A review of the LG G Watch.

Right before the Christmas holidays, I was gifted an LG G Watch Black Titan, a relatively simple smartwatch that sports the new Android Wear operating system: 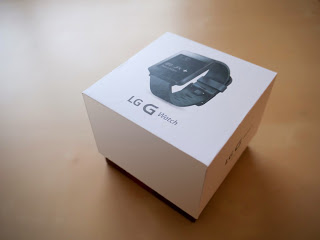 After over a month of daily use, I am now comfortable about writing about my impressions. But, before doing that, let me set this review in the right context.

Sometime last summer, the continuous interruptions from my phone ended up irritating me significantly. It seems like pretty much any app you install these days insists on notifying you of their super-important stuff at any time (reminds me of the beginning of the Windows 95 era and the poison that all the apps that registered themselves in the taskbar notification area were—or still are). In an attempt to minimize the annoyances without going back to a dumbphone (which I actually considered!), I ended up doing two things: first, disabling as many of the notifications as possible; and, second, starting to wear a regular watch again to minimize the times I compulsively looked at my phone just to check the time. You know, checking the time is enough to suck you into looking at random online content if there are any pending notifications you did not know about.

As you can imagine knowing this, when I received the smartwatch my first thought was that I would not like it: I would not tolerate being bothered by more intrusive, "on-your-face" notifications. That said, there was one feature compelling enough to convince me of giving it a try: Strava—the sports-tracking app that I use to record bike routes and runs—had a plug-in for Android Wear, and the ability to have quick access to my statistics in the middle of an activity sounded rather cool.

Also, let's face it: having been given a shiny new toy, I could really not resist trying out the LG G Watch so I started wearing it exclusively to have first-hand (haha, pun intended) knowledge of what this new technology has to offer. Spoiler alert: I confess that I am enjoying this experience more than I originally envisioned. Let's see why.

The first thing people like to mock about these new smartwatches is the fact that they need to be charged every day. Yes, so what? I have yet to find that to be a problem.

For starters, the battery lasts a whole day just fine. If I wear and use the watch on those long days that span from 8am to 10pm, the watch still has, easily, 50% battery left if not more. I don't see it "dying" with normal use during a regular day. Even then, should you forget to charge the watch overnight, you can give it a quick boost during your morning home routine and that will probably charge it enough to survive throughout your day.

Those facts overcome the worry of running out of batter midday and being left with a silly brick on your wrist, but you will still need to charge the watch every day. That said... I don't know about you, but I cannot sleep wearing a watch any longer. So, instead of just dropping the watch on the nightstand, take the little extra effort to let it rest on its dock. Boom. Fresh battery next morning ready to chew through the day. 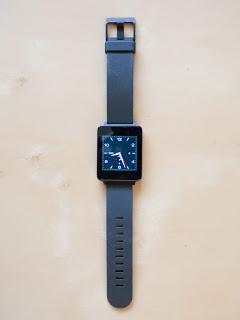 That smartwatches look ugly is the second most common mockery about them. But what can I say? The LG G Watch is just one of the many available smartwatches; if you don't like it, there are plenty other options to suit your taste. However, it is true that the smartwatches are still rather thick and, in general, bulky today—but this could be said of any new technology (remember the first cellphones? the first laptops?). Give smartwatch manufacturers a few years and, if the concept sticks, I am sure we will all see sleeker watches that rival the appearance of the fanciest analog watches.

But I'm not going to lie to you: it is true that the LG G Watch, in particular, is pretty big. In fact, it looks out of place on thin wrists. But, once again, that's a concern about a specific model and not about the product concept in general.

Android Wear relies on an Android smartphone, paired via a Bluetooth connection, for all of its Internet-based functionality. If the phone is off or out of reach, your watch is not able to do anything... other than tell you the time which, you know, is just fine considering that we are talking about a watch first and foremost here!

Now, when the watch is in reach of the phone, something interesting becomes available: the watch can be set up as a trusted Bluetooth device, so when the two are in reach, the phone will remain unlocked and not ask you for any PIN or pattern on wake-up. (Did you know you can do the same with your Bluetooth-enabled car?) While this is quite convenient, I have mixed feelings if only because my 2-year old daughter is now able to mess around with the phone at will.

Notifications: not so intrusive after all!

The most basic thing (after telling you the time) that an Android Wear watch will do for you is display the notifications you get on your phone no matter what app they come from—even if that app is not Wear-aware yet. You can dismiss these notifications trivially with a swipe-style gesture and you can interact with them to perform related actions. For example: if you get notified of an incoming WhatsApp message, you can either see the new text or scroll through the history of messages; or if you receive an incoming message, you can reply to it using voice dictation.

The deal breaker for me is being notified of incoming phone calls via the watch thanks to a smooth and very recognizable vibration pattern. I do not miss phone calls any more, and that's something certain family members (my wife, that is) are already happy about. (I'm known to not notice that my phone is ringing even when I am clearly hearing the sound and wondering aloud what it might be; true story, just happened this last weekend. Again.) 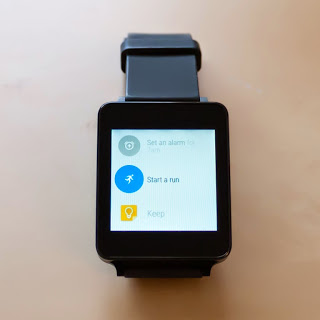 The way I generally see Android Wear at the moment is as a remote control for the phone. Notifications are just one aspect of it, but the watch can be used to command the phone to do a variety of things, including: opening a web search, starting the recording of an activity, taking a note, dialing a phone number, etc. The majority of these actions can be triggered both with touch or by voice, but some require voice interaction because the watch has no input mechanism for text.

The exciting part of this "remote control" functionality is that it can be extended by third-party apps. The Android Wear Face API provides the mechanism by which Android apps can expose extra functionality through the watch. The Strava app that I mentioned above is one clear example: the watch suddenly gains actions like "start a run" or "start a ride" and, when activated, the watch displays the current pace and lets you control the ongoing activity without having to touch the phone. Same goes, say, for Spotify, and probably for any other app in the next months to come.

All in all, I am positively surprised about these new smartwatches. This product is something I would have never bought for myself, and I confess I was skeptical about them at first. But I decided to give them a try with an open mind and it has already been over a month of continuous use with no intentions of leaving it behind. I like the watch: it has given me additional freedom from my phone and I am sure not to miss important phone calls any longer!

Give smartwatches the benefit of the doubt and, if you have the chance, use one for a few days. You may be positively surprised. 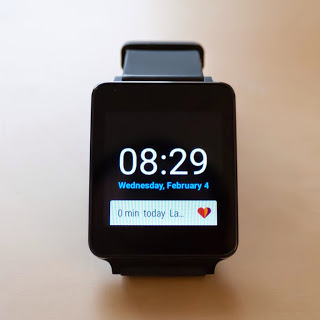